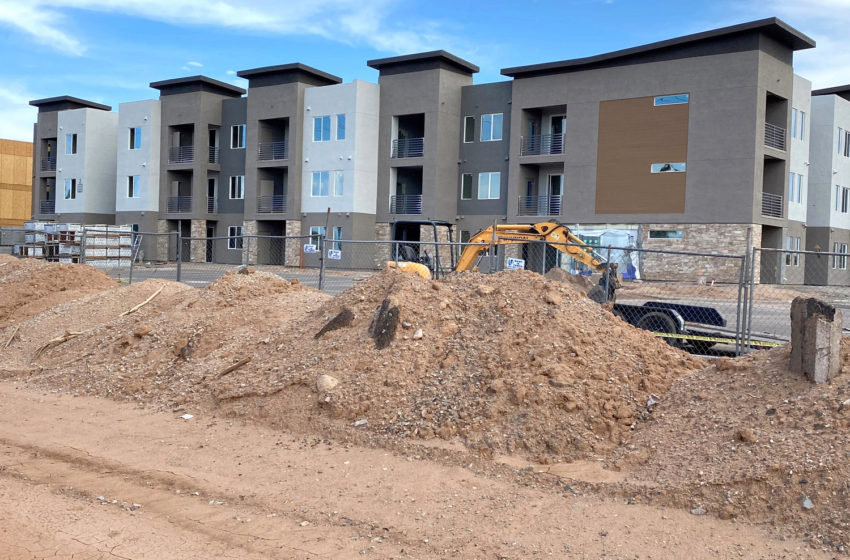 Residential infill development in the West Valley is tilting from single-family communities toward more vertical apartment- or condo-style dwellings.

The speed of the changeover in three suburbs west of Phoenix depends on the degree new housing units are truly “infill” compared with master plans arriving on previously annexed but undeveloped land.

Those conditions propel Glendale to the forefront of the wave of multifamily units, while the increase in apartments in Surprise is still dwarfed by the number of planned single-family units churning through the developmental pipeline. Meanwhile Avondale is trending almost directly toward the middle.

“The north-south oriented part of Glendale is almost fully matured except with a few pockets that were not developed for whatever reason,” said Jamsheed Mehta, Glendale director of development services. “There’s a big shift to multifamily. That doesn’t mean single-family has stalled. Single-family, medium-density and high-rise, high-density are growing. It can change within a month.”
Conversely, the overwhelming amount of recent and upcoming housing construction in Surprise is not what the city classifies as “infill” development.

“The city of Surprise is still in a growth phase and is experiencing growth with small areas of undeveloped lands within existing planned area developments, or PADs, and citywide. As such, these types of development are not necessarily deemed ‘infill.’ The same can be said for the areas north of 163rd Avenue and Grand Avenue as these areas are mostly comprised of new developments that are underway or in the entitlement phase,” Boyd said.

“We’re seeing an even split because Alomar, Verde Trails and Shadow Ridge are building,” Chapa said.

While this city’s growth patterns are more akin to Surprise than Glendale, the future of growth in Avondale is almost entirely tied to infill projects.

Unlike many sister West Valley suburbs — and more like small neighbors Litchfield Park and Tolleson — Avondale is virtually landlocked. Chapa said the city has 55 acres of undeveloped, unspoken for land near Estrella Mountain Regional Park.

That development should go more vertical.
“We are beginning to see some of those smaller multifamily-anchored developments moving in,” Chapa said. “I think you’ll see developers look more at Avondale and the Southwest Valley in the next wave.”

Early this year, the Arizona Department of Housing estimated 250,000 to 270,000 new housing units of “all types” are needed statewide to meet current demand.

As a city that experienced a dramatic shift toward multifamily in fiscal year 2021, Glendale finds itself on the leading edge of the push for more affordable rental option.

Several affordable apartment projects are in the pipeline, including Centerline on Glendale I & II, which will bring more than 350 units of affordable housing to a 13-acre vacant and underused parcel at the southeast corner of 67th and Glendale avenues, Mehta said.

“These are infill projects surrounded by neighbors. I think if we address areas of aesthetics and go through a development and council approval process, they will be welcomed,” Mehta said. “Our council is quite committed to the idea of having affordable housing in neighborhoods.”

There are practical reasons for all councils to accept qualified more dense housing development. It will help pay the bills, particularly in built-out suburbs like Glendale.

“It’s also increasing the population of the city, with in turn goes to the calculation of state-shared revenue,” Mehta said.

Surprise and other fast-growing suburbs across the state also are angling for a bigger slice of a limited pie of state-shared revenue.

Boyd stated all development aids the city by helping to fund the general fund, used to pay for first responders, parks and other services and programming.

“In the last couple of years, Surprise has seen a higher percentage of multifamily rental products in comparison to previous years; however, we continue to see proposals that allow for rental and for-sale communities, including mixed-use developments combining commercial and residential within close proximity,” Boyd stated. “These products are market driven based on housing demand, housing production, cost of land, etc. As such, both for-sale housing and for-rent housing will continue to address a need in Surprise, as well as the Valley in general.”

Chapa said multifamily residential will be drawn to the Interstate 10 corridor, and Avondale is banking on its proximity and accessibility to the center of the Valley.
To that end, Avondale is putting pieces in place for its showpiece section, The BLVD, south of I-10, north of the Civic Center, west of 111th Avenue and mostly east of 117th Avenue.

Some major attractions already are in the district, the American Sports Center complex and Hilton Garden Inn, Homewood Suites and Residence Inn hotels. The city also enlisted real estate firm CBRE to market new areas of the mixed-use development, which will include 360 multifamily units built during the next 18 months.

“I think what makes Avondale attractive to developers is accessibility. We’re in the inner circle now. We’re 10 minutes away from downtown Phoenix,” Chapa said. “That south 202 changed everything. You can get to Chandler in 30 minutes now.”

Mehta said Glendale has more than 3,000 apartment units in the planning process and another 4,800 in construction review — almost completed or in the process of construction.

Arizona Christian University at 59th Avenue and Greenway Road is a fulcrum of growth in one of the city’s formerly sedate areas.

Greenway Village at Thunderbird Apartments is nearing completion on 266 units just west of 55th Avenue and Greenway. Meanwhile, Moderne at Arrowhead now has entitlements for 182 multifamily units on a long-vacant parcel west of Cactus High School and east of 67th Avenue.

Glendale Avenue west of downtown and on either side of the Westgate Entertainment District has more open space, but the preponderance of apartments around Westgate has led to a multifamily push by Glendale in this area as well.

Some developers are taking the initiative, such as Fountain Glendale, which is proposing a five-story, multi-family development on Glendale west of 99th Avenue.

“We are encouraging them to go higher than the traditional 2-3 stories. And some are taking us up on it with 4-5 story projects.