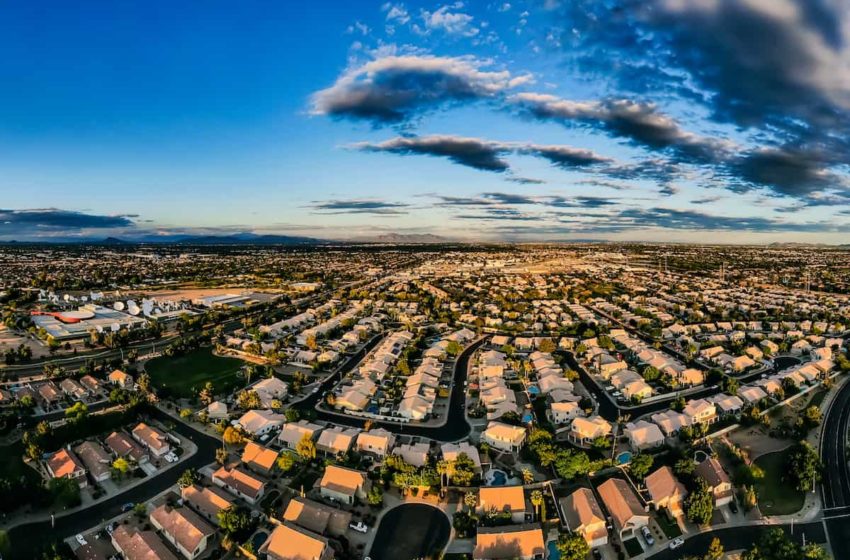 With higher home prices, rising interest rates and a bear market upon us, Americans are struggling to find affordable housing. According to the Department of Housing and Urban Development (HUD) guidelines, residents in cities across the nation are considered severely housing cost-burdened when their household spends more than 50% of their combined income on housing costs. Nationally, 13.76% of households exceed this threshold. However, in some parts of the country, a larger proportion of households are severely housing cost-burdened.

To understand where Americans are struggling with housing costs, we compared data for the 150 largest cities. Specifically, we analyzed the total number of homeowner and renter households to the number of these households spending 50% and over on housing. Our findings show that Gilbert and Chandler ranked among the top 10 cities where a smaller percentage of residents are severely housing cost-burdened.

Below we discuss the most severely housing cost-burdened cities for renters and homeowners. For details on our data sources and how we put all the information together to create our final rankings, read the Data and Methodology section below.

This is SmartAsset’s sixth study on the most severely housing cost-burdened cities. Check out the previous version here.

Cities Where Renters Are Burdened More by Housing Costs

In general, renters tend to be more housing cost-burdened than homeowners. And while some places are more favorable for renting rather than owning, the financial burden of renting tends to be high in large cities.

The percentage of renters that are severely housing cost-burdened across the 150 largest cities ranges from 14.01% (Overland Park, Kansas) to 37.77% (Glendale, California). In fact, nine of the 20 cities where renters are most affected are located in the Golden State.

Across the East Coast, three Florida cities rank high in the top 10 including the second-most populous Florida city, Miami. The Magic City ranks No. 4 with 31.81% of renters that are severely housing cost-burdened. Hialeah and Tallahassee are No. 2 and No. 6 with 36.74% and 31.40% of renters, respectively, spending at least 50% of their income on housing costs.

Cities Where Homeowners Are Burdened More by Housing Costs

Nearly two-thirds of Americans are homeowners, and like renters, many homeowners struggle with housing costs.

The two most populous cities in the entire nation – New York, New York and Los Angeles, California – also rank in the top 10 cities where homeowners are most severely housing cost-burdened. In New York, 17.40% of homeowners spend at least 50% on housing costs and in Los Angeles, that figure is 18.76%.

• See how much you can afford to spend in rent. If you’re considering taking on monthly rent or changing apartments, use our budget calculator to help fit in the additional expense into your budget or to help squeeze out a little more for savings so you can still afford your needs and wants.

• Not sure whether you want to rent or buy? Even if you have the savings to buy a first home, be sure the switch makes sense. If you are coming to a city and plan to stay for the long haul, buying may be the better option for you. On the other hand, if your stop in a new city will be a short one, you’ll likely want to rent. SmartAsset’s rent vs. buy calculator can help you see the cost differential between purchasing a home or apartment and renting.