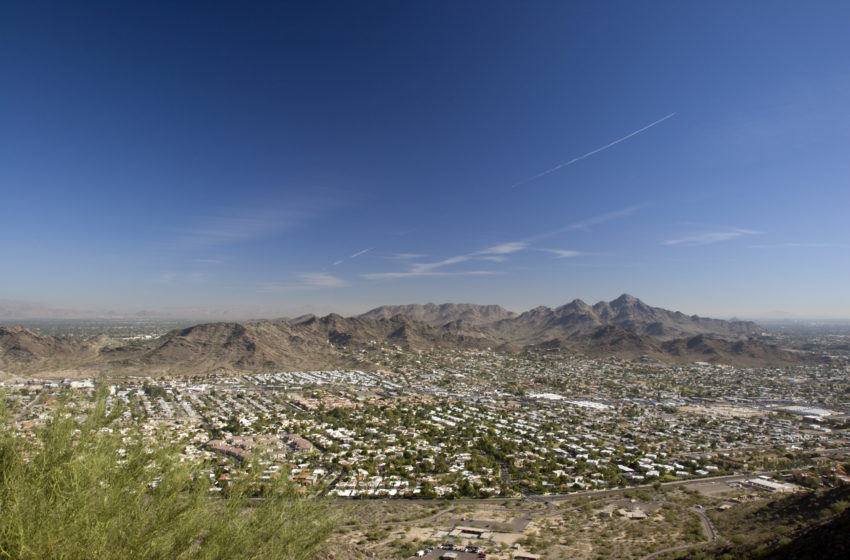 Two apartment complexes in the works on Osborn Road in central Phoenix aim to embrace the midcentury modern look of the Encanto area while filling older or vacant space in the heart of the city.

The mostly vacant site spans longer than a full city block on Fourth Avenue and has no sidewalk along that side.

The other complex, at Central Avenue and Osborn Road, is called Modera Midtown and is planned to be developed by Florida-based Mill Creek Residential.

Wood, the attorney representing both developers, said there are a number of vacant lots or dilapidated buildings in central Phoenix. “It creates an opportunity for developers to rezone and develop them,” he said.

Both projects are scheduled to go before Phoenix’s Planning Commission on Sept.1 and before the City Council on Oct.12.

In need of housing:Affordable housing crisis has House of Refuge families staying longer

Brent Kleinman, chair of the Encanto Village Planning Committee and resident of the Encanto-Palmcroft neighborhood, said he and some other members of the committee have been advocating for developments that will benefit the neighborhood and integrate sustainability, like using solar energy or sustainable building materials.

“I also want something affordable or close to affordable,” Kleinman said. “Unfortunately we haven’t seen much affordable housing, and it’s at a point where people who work in central Phoenix can’t afford to live here.”

Committee members often ask about adding affordable housing within developments, but are usually told that pricing is not finalized at the time the projects are heard by the village, he said. The committee does not have the ability to demand an affordable component, but is allowed to request developers add affordability.

Conforming with the architecture of the area also is important, Kleinman said.

“I think we try to impose on developers and representatives that projects have to conform to the area,” he said. “They need to make something look like it belongs there (among historic buildings) without making it look like it was there.”

“I am very much a proponent of ‘a building is better than a dirt lot,’ with the caveat that it has to bring something to the community,” Kleinman said of addressing some of the vacant areas in the center of the city. “Along Osborn, there are two or three projects that are under construction and one that is completed, and it has been a great improvement on Osborn to have something in that space.”

The growth of nearby areas like Park Central Mall and Creighton University’s medical school in the area near Central Avenue and Indian School Road has driven demand for housing for medical students and others, he said.

Buildings with ground-floor restaurants, shops or businesses, which are common in other cities, would also greatly benefit the pedestrian experience in Phoenix, Kleinman said.

The Local Midtown complex is planned to have 391 units ranging from studios to three-bedrooms and reach six stories tall.

The existing small medical office on the site is not historically significant and will be razed in the construction, Wood said. However, west of the site and not part of the Local Midtown development, there is a building, designed by acclaimed architect Al Beadle, that is significant.

The Local Midtown is planned to have an art installation on the side that faces the Al Beadle building, which will complement the building and add to the significance of the area, Wood said. The building will also have a shaded pedestrian pathway through the complex for people to walk from Fourth Avenue to Fifth Avenue without having to walk around the entire building.

Trees and some shaded pedestrian pathways on the perimeter of the site are also planned, to make the area more walkable for residents and the public. Ground-floor apartments will have doors that lead to the outside of the building, so residents of those units will not have to use an interior hallway to enter their apartment.

“So many other projects that are done are kind of islands, they don’t connect with anything else,” Wood said. “This brings connection. They wanted to design something that fits into the midcentury modern style.”

“The Punchcard is a unique architectural marvel,” Wood said. “This project needs to not detract from that and actually complement it.”

The outreach and effort put in by the Mill Creek team has made Kleinman “really excited” for the new project.

“I think that submission really worked with the community on fitting in with the space and utilizing the space,” he said. “I think they hit the nail on the head.”

As development moves forward in the Encanto area and others along the light rail, Kleinman said he would like to see the city avoid the mistakes of the past.

“I think we missed the boat on allowing too many low-density developments on Central,” he said. “That area was designated for higher rise buildings, but developers built a lot of three- to four-story buildings and didn’t take advantage of what the city was trying to do along the light rail.”

My View: NIMBYism is no way to address...